“If I had to describe the line, the vision, it's dirt and honey.

It's that contrast. It’s that lux cotton, lux fabric,
with a bit of roughness.  It imperfects the

perfection. They are done by hand, each is it’s own.”
— Katherine Theofilos

The Squad
Los Angeles-based clothing line founded, conceptualized, and crafted by Katherine Theofilos and Alex Claster. The Squad specializes in experimental mens, womens, and unisex garments that are designed for comfort, layering, and adventuring. The duo moved the project, which they began in 2008, cross-country from their home city of New York in 2011. Their new flagship store “The Squad Boys and Girls Club” will be located in the DTLA Arts District.

Following their coastal defection three years back, The Squad has found its voice in downtown LA. With passion for the process and an uncanny faith in each other, Katherine Theofilos and Alex Claster, a couple of autodidact fashion designers, have transformed a graphic t-shirt company into a clothing line meant for the ‘seen and unseen’ alike. To discuss the buzz surrounding the groundbreaking on their first store, Katie and Alex sat down with longtime friend and writer Daniel Magariel.

Daniel Magariel: A drop crotch looks to me like a diaper, and the destroyed style looks like an old shirt with cigarette burns. Explain yourself. Where does this shit come from?

Katie Theofilos: Is this how it’s going to be all night?

Alex Claster: It’s a Rorschach. It says a lot about you.

DM: To have a style based on an innate desire to destroy?

KT: Well, I’ve always loved beautiful messes. I mean, if I had to describe the line, the vision, it’s dirt and honey. It’s that contrast. It’s that lux cotton, lux fabric, with a bit of roughness. It imperfects the perfection. They are done by hand, each is it’s own.

AC: You really know how far into this we are when we distinguish between different kinds of holes, too. There’s an art to the hole. It’s an artful destruction. It appears careless when it’s actually intended. We like to have that signature on everything we make.

DM: You use the word process. Every artist has one. How do you get to your sweet spot?

KT: Our sweet spot happens when the sun goes down. [Pause]. It’s just two people having a conversation with a notepad in front of them.

AC: During the day, though, we work. We are still very much a part of the everyday happenings, everyday shit, processing orders, invoicing, shipping, and necessities. We can’t be creative all the time.

“We are not creating avant-garde,
either, you know? It’s not ‘Bitches Brew’
meets diapers and cigarette burns.”
— Alex Claster

Bitches Brew
Released in 1970, “Bitches Brew” is a highly experimental album by jazz musician Miles Davis, which incorporated electric instruments such as the piano and guitar into an improvisational, rock-influenced jazz. It’s now considered one of jazz’s greatest and most pivotal albums, creating the rock jazz genre and influencing rock and funk music.

AC: We are not creating avant-garde, either, you know? It’s not “Bitches Brew” meets diapers and cigarette burns. It’s not fucking esoterica. We are creating clothing that connects to a lifestyle, our lifestyle.

DM: Tell me about the NY years. How’d you two get started?

KT: There was a Broome Street apartment.

KT: 453 Broome. It was during the height of Ed Hardy and his super-ornamental style, and we just wanted to make a fucking cool t-shirt. A good friend of ours happened to be a contemporary artist, and we started using his work as the inspiration. And that’s how it got started, graphics. Inspired graphics. I still love graphics. We took a break, but in the next collection, we find ourselves incorporating them again. It’s different, though. We’ve found our voice.

AC: We came here [to LA] thinking we’d continue working with graphics. We didn’t realize how much LA itself would be so responsible for us finding our creative voice. DTLA is an incredible resource, an inspiring one. All of a sudden, we could do anything. Half the things we do today, three years ago we didn’t know were even possible in the US. We continue to learn new shit daily.

DM: You have taught yourself everything about this business one step at a time. You literally have no professional training. Is there a certain level of credibility to that?

KT: Alex is great at this. It’s his game. Every time someone tells us we can’t do something, his first question is why not? Have you tried it? Let’s experiment. We have a very experimental process, which perhaps lends itself to the ‘untrained’.

AC: We are both dreamers. And LA sort of inspires that. Everybody’s hungry to try new things. It ends up being a cross-industry collaboration. We have ideas and we work with people who get excited to help us try them out. There are just no fucking rules. The more you know the more you can do.

KT: Beyond the resources, though, it’s a city run on energy, on vibes. You can sit across from someone and all the training in the world means nothing if there is a certain connection. If you vibe with someone, there are opportunities.

AC: New York runs a little differently. More of a hierarchy, more traditional. If you’re a good person with good energy who’s willing to work hard, someone is going to give you a chance, someone is going to take a chance on you. It’s a special thing about LA. In a business where you’re constantly learning new things, having people who believe in you, helping you along the way, it’s unbelievable. I don’t think this could have happened in NY.

KT: And, no, we don’t have formal training. But we have values, a set of beliefs, a very specific aesthetic. And we are trying to create in-line with that. And what it comes down to is: Would we wear this? Would Alex? What do I want to wear? We are making clothes that we want to wear.

AC: I’d say that this ties into something that Katie does very well, something that I think is so essential to our collaboration. I’m amazed by her ability to edit. Before there was even the thought of The Squad, we’d take photos. We’d walk around NYC or rent a car, drive 150 miles in some direction, and take pictures. We’d come back with hundreds of images, and Katie would edit, rearrange, group, and curate. I trust her. Completely. Sometimes I feel like I grab so much stuff and bring it all back to her. She’ll take a turn with it. Then I’ll go through it after her, and then she’ll go back in, and that process of refinement is what makes us a successful collaboration. Her ability to say yes and no definitively is so important.

DM: Recently, you’ve had a multitude of celebrities, in some capacity or another, endorse your line. What’s strange though is the diversity of these endorsements. Collectively, they make a sort of alchemy of subcultures. Isn’t that right? What about your clothing is so appealing across the board?

AC: We are not going to introduce you to any celebrities, Danny.

KT: No name-drops, even for you.

“We are both dreamers.
And LA sort of inspires that…
There are just no fucking rules.
The more you know the
more you can do.”
— Alex Claster

AC: We aren’t really thinking like that, I hope people are wearing our clothes because they want to.

DM: Can you talk about your new store opening in the Art’s District? Or is that subject off limits, too?

KT: We are, and we are so happy to be in the Art’s District. It’s a neighborhood that just spoke to us, it’s a place that doesn’t have a certain culture or definition, something that felt raw and fresh. It’s really sort of a destination.

AC: Tell him about the address.

KT: Well, we’ve been looking for a space for a couple months. We were in no rush, just waiting for the perfect spot to call our first home. And that space happened upon us. It’s bare and imperfect, and just so happens to have a familiar street address – 453.

AC: Where it all began on Broome Street. Except now it’s 453 Colyton.

KT: The Squad Boys and Girls Club. We’re calling it a club. It’s not a store, not a flagship. It’s a home. You walk in and you are a part of it. Doesn’t matter who you are or where you’re going, if you walk into the club then you’re a part of the club. [Pause]. If you want to be.

AC: It’s amazing when pieces leave our warehouse and stores or customers make it their own. But this is a place to be us. The club is a place to show us. It’s all Squad. I don’t know, it’s difficult to explain, because how do you define a lifestyle?

KT: For me, it goes back to dirt and honey, rough around the edges. It’s comfortable. It’s relaxing. It’s clothes you want to wear. It’s a lifestyle for the seen and unseen. You can be quiet or loud. But so much of it is about comfort and ease, and not just in the clothes. It’s emotional. It’s mental. It blends in with you. Becomes you. Every morning, we all wake up a slightly different person. I mean, every time we see someone wearing our clothes, I don’t care who they are, it’s humbling. It’s intimate. The fact that someone wants to wear what you made. We feel connected to them. And that’s really what it’s about. 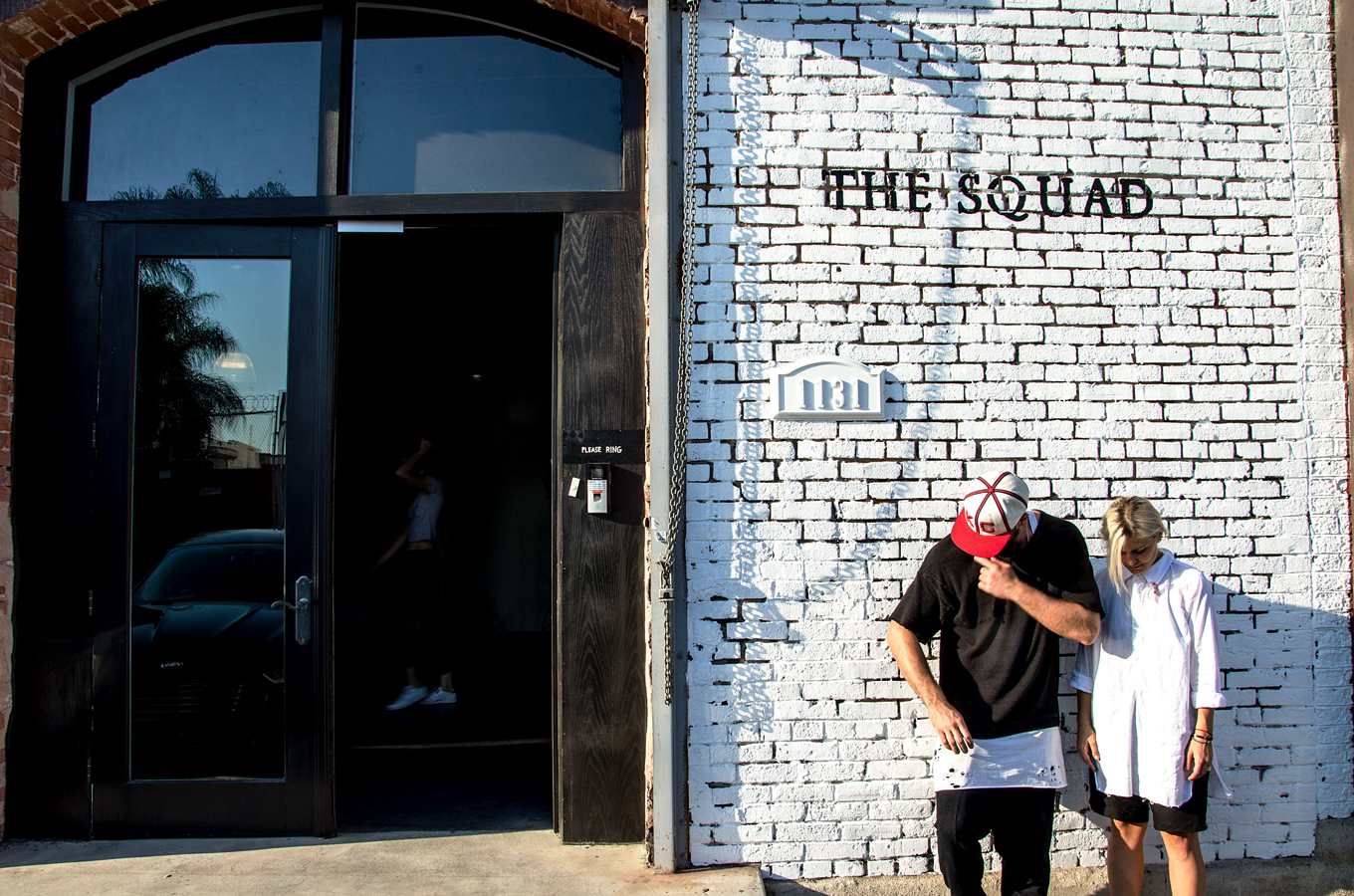 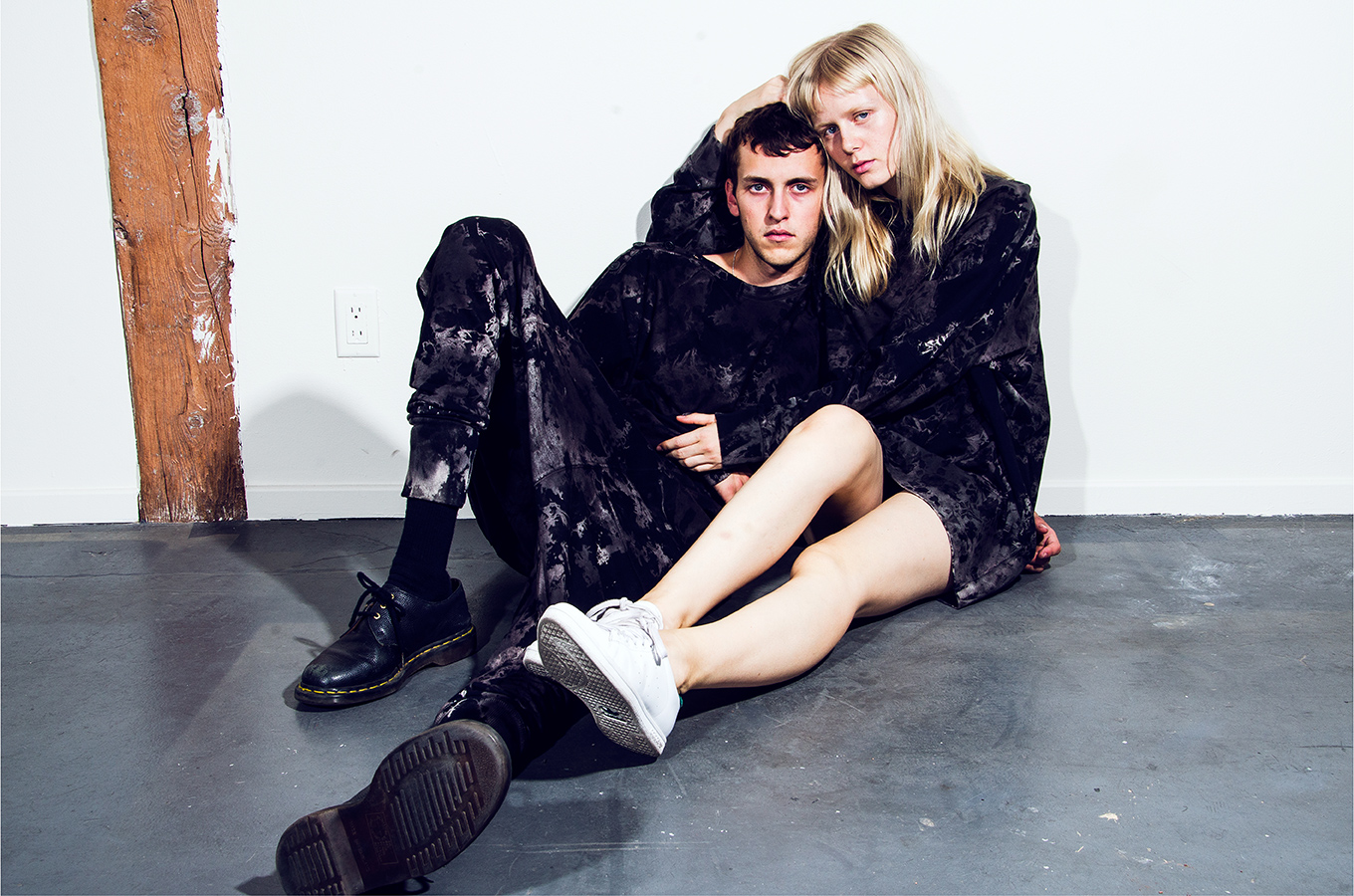 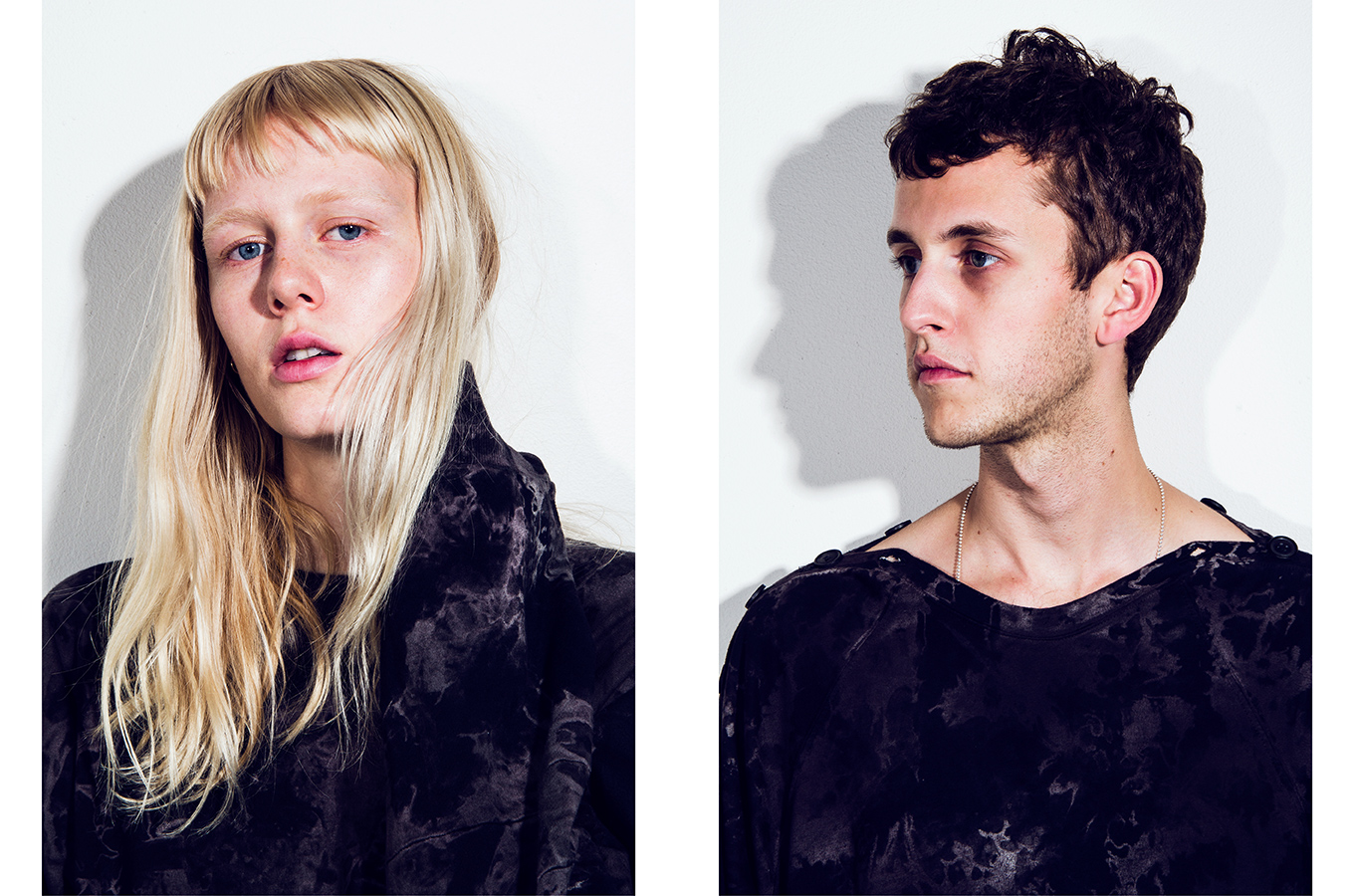 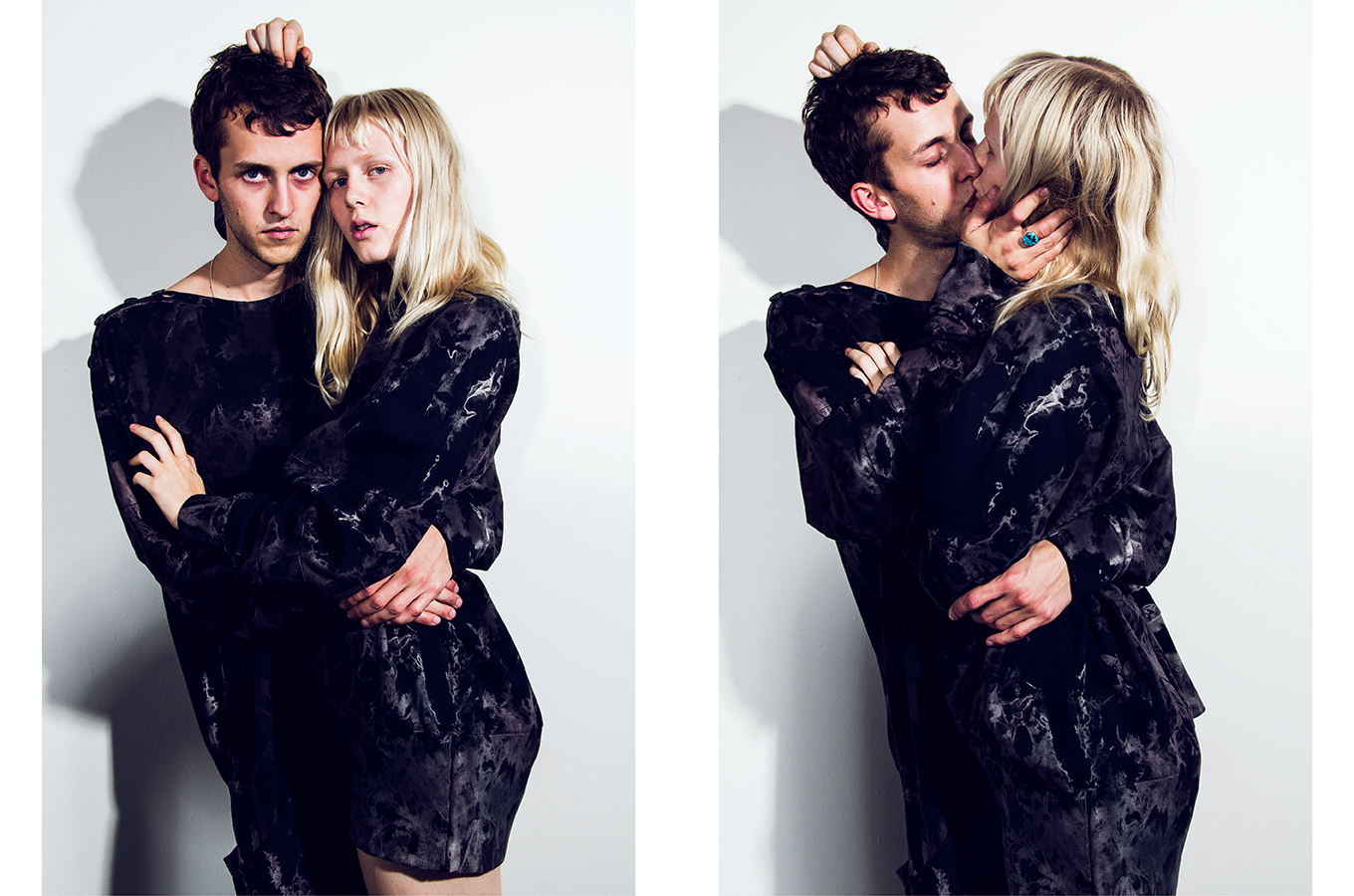 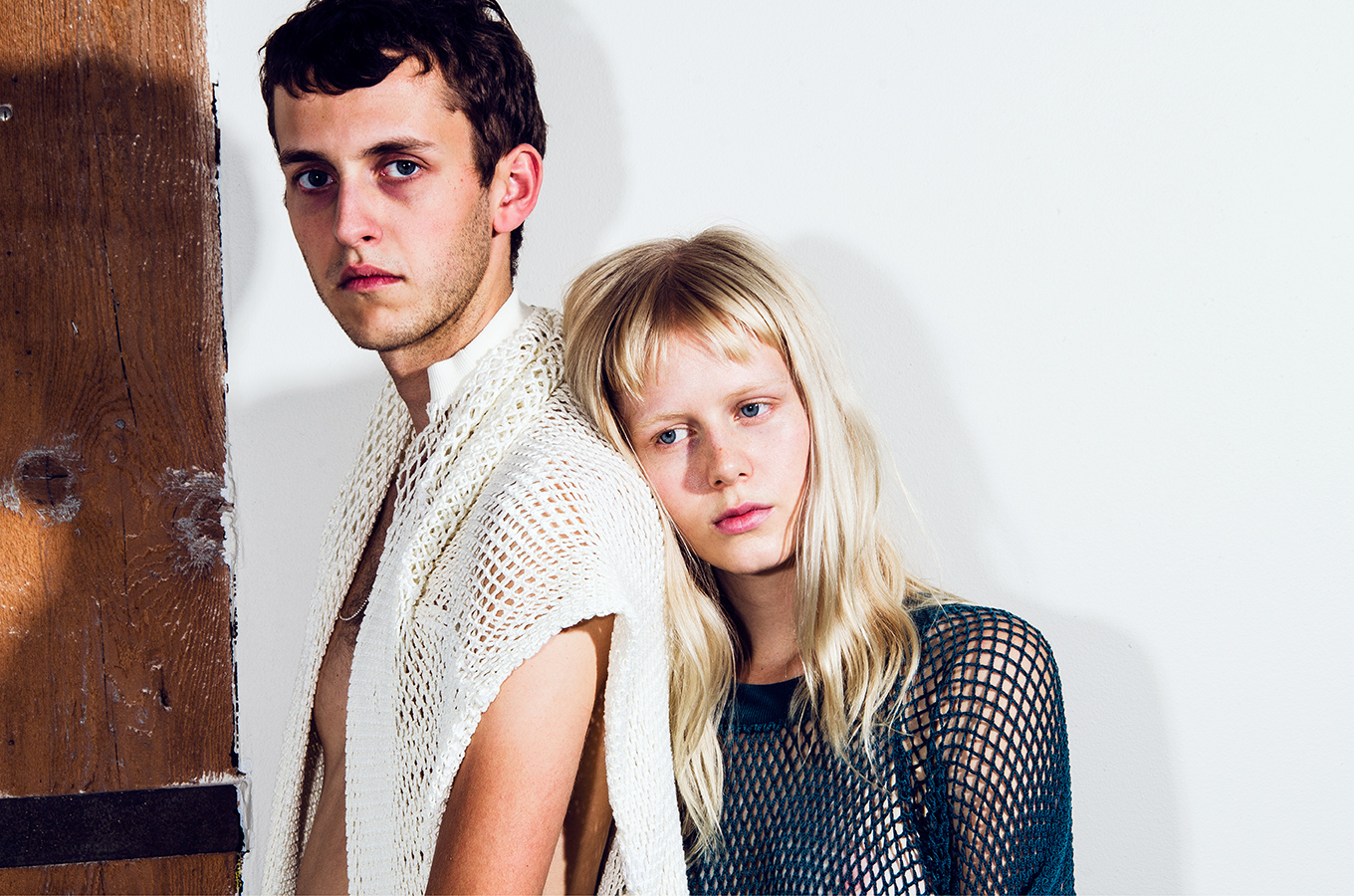 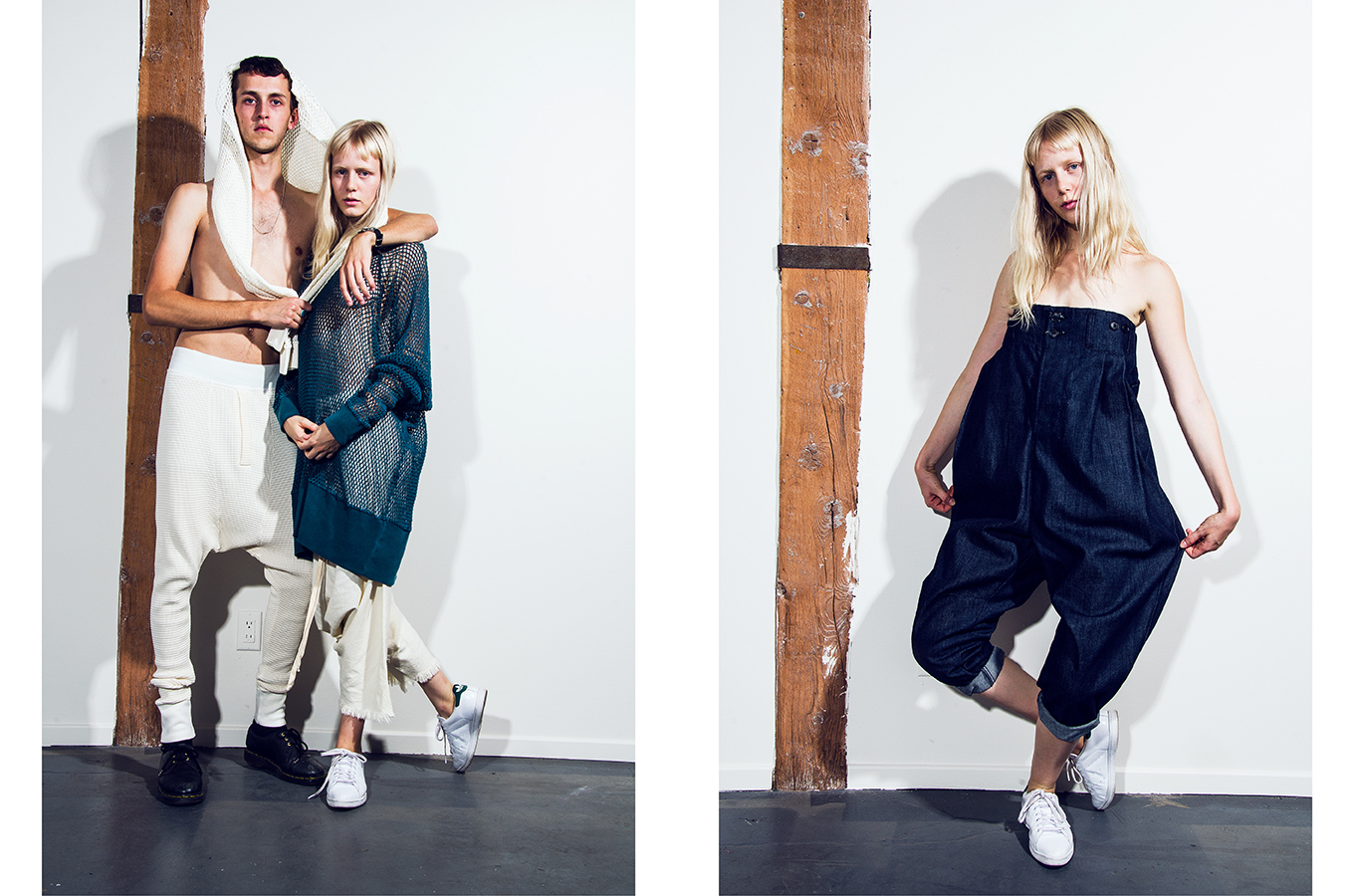 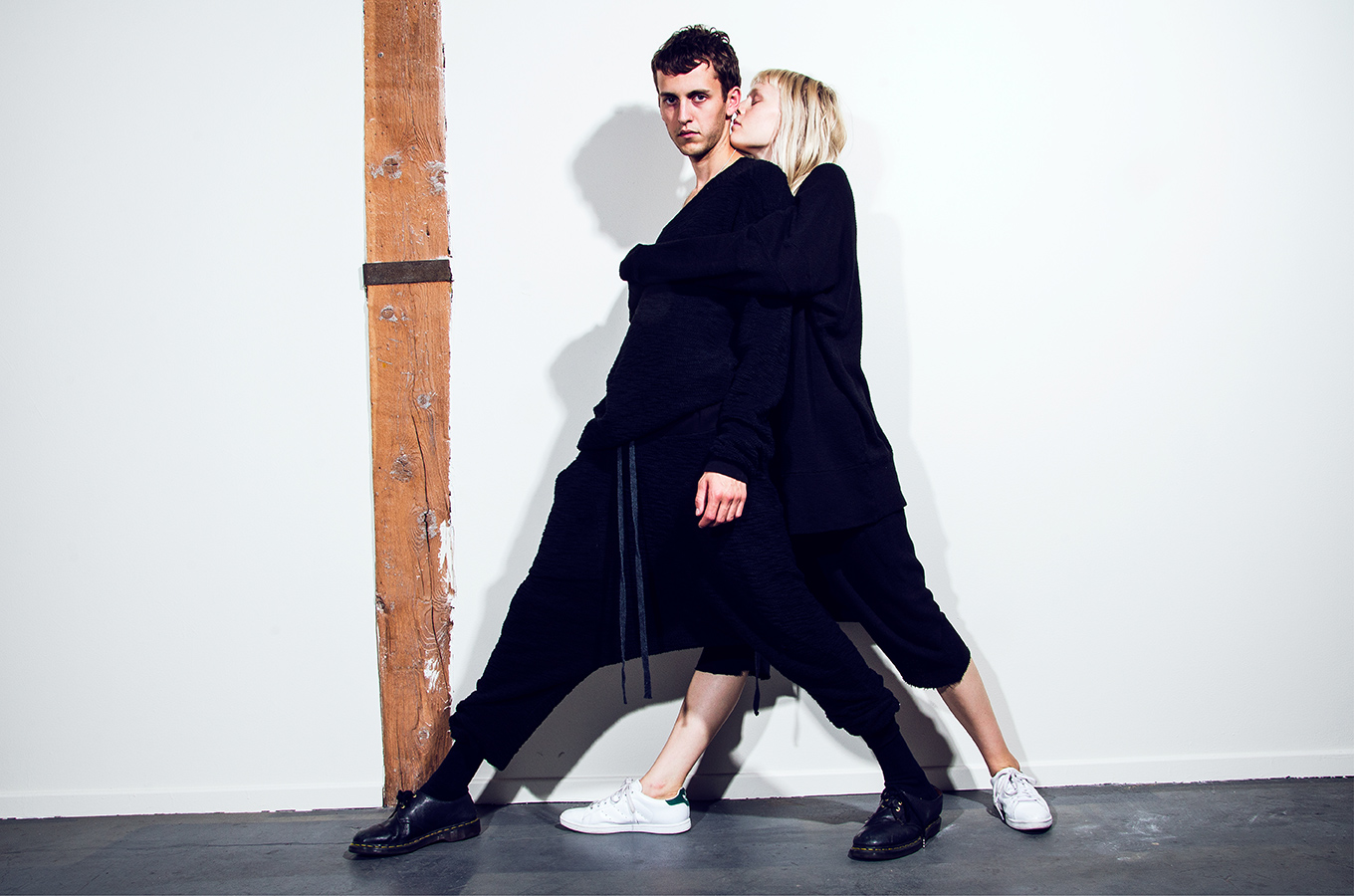 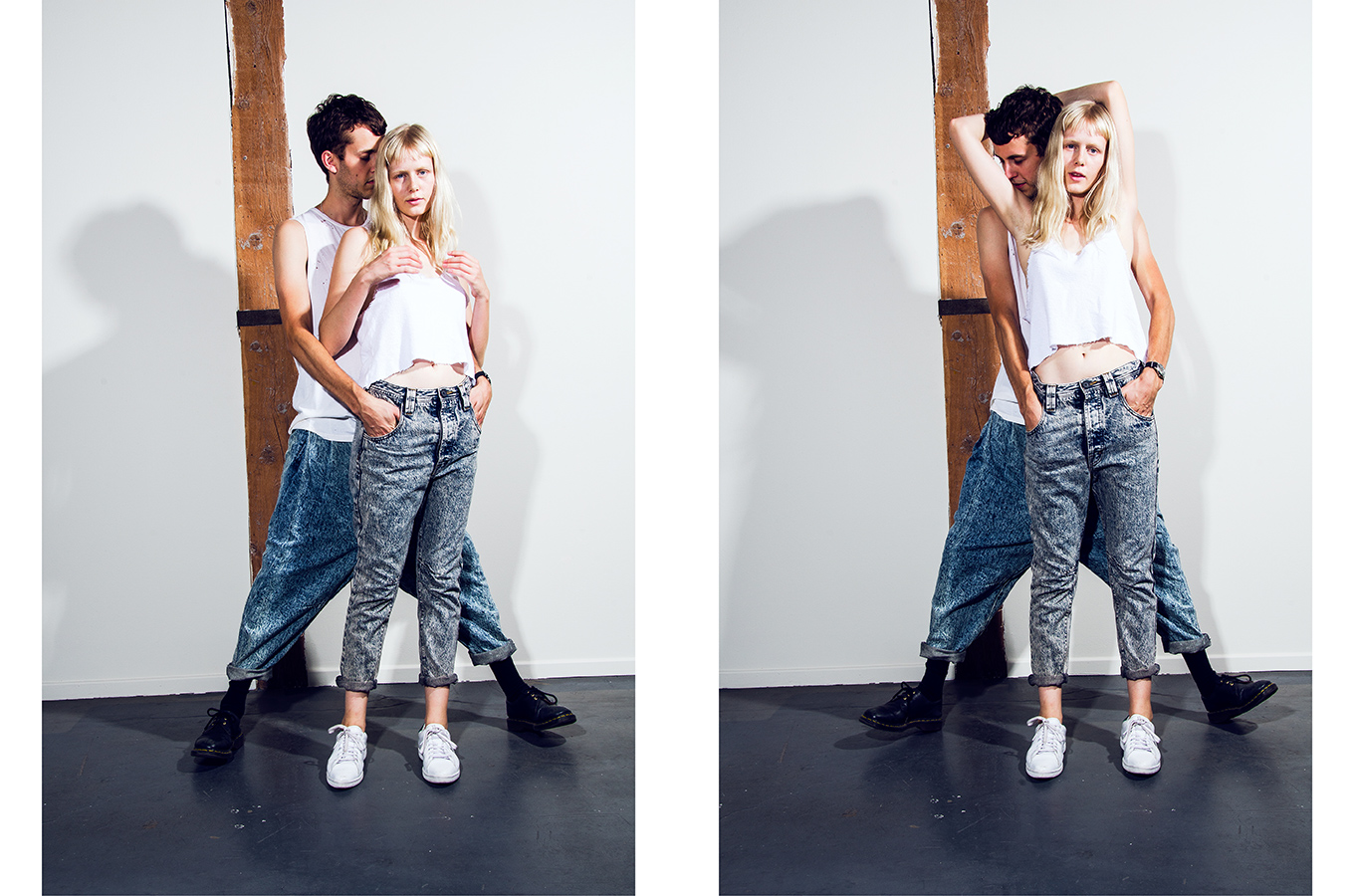 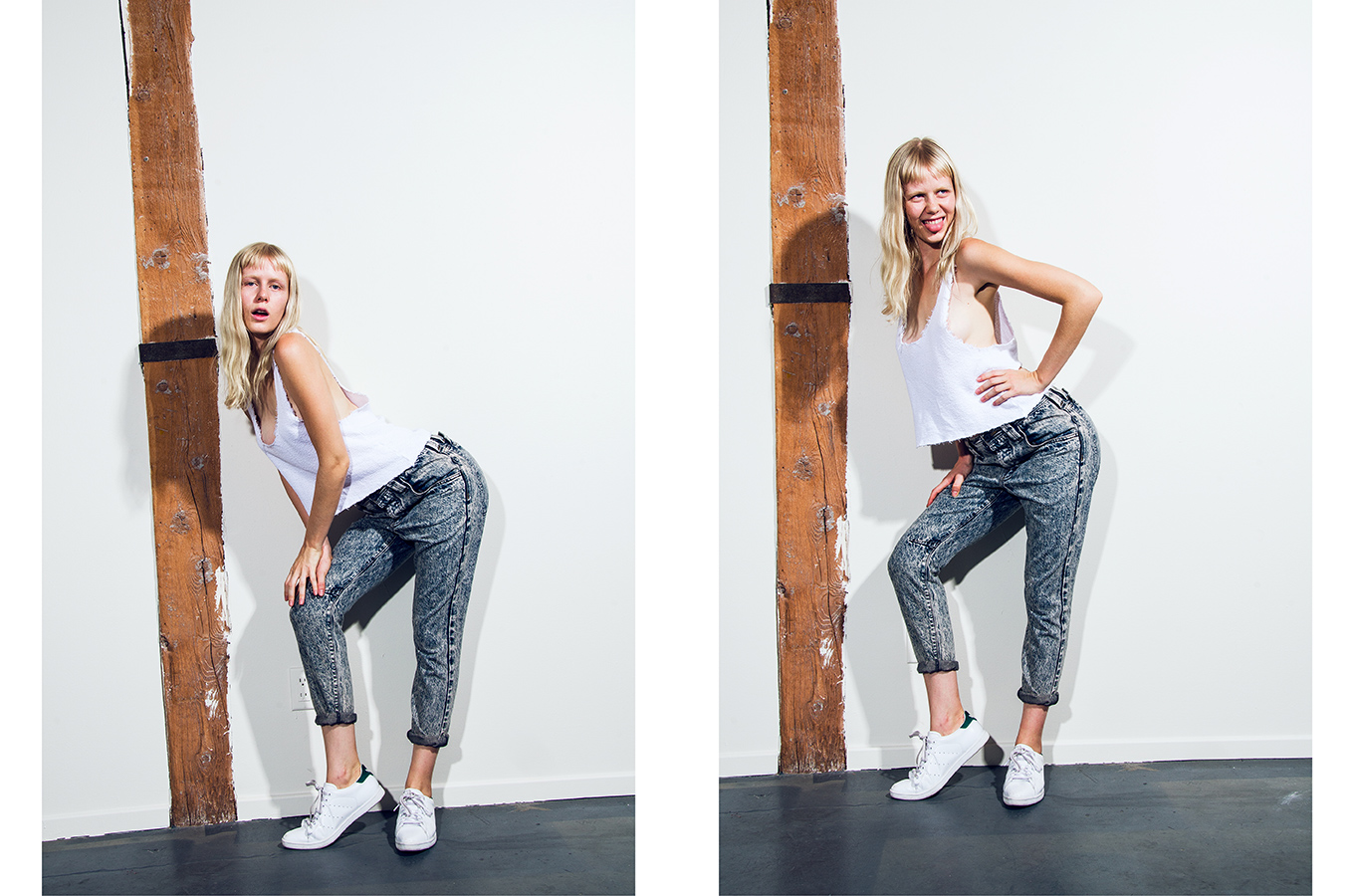 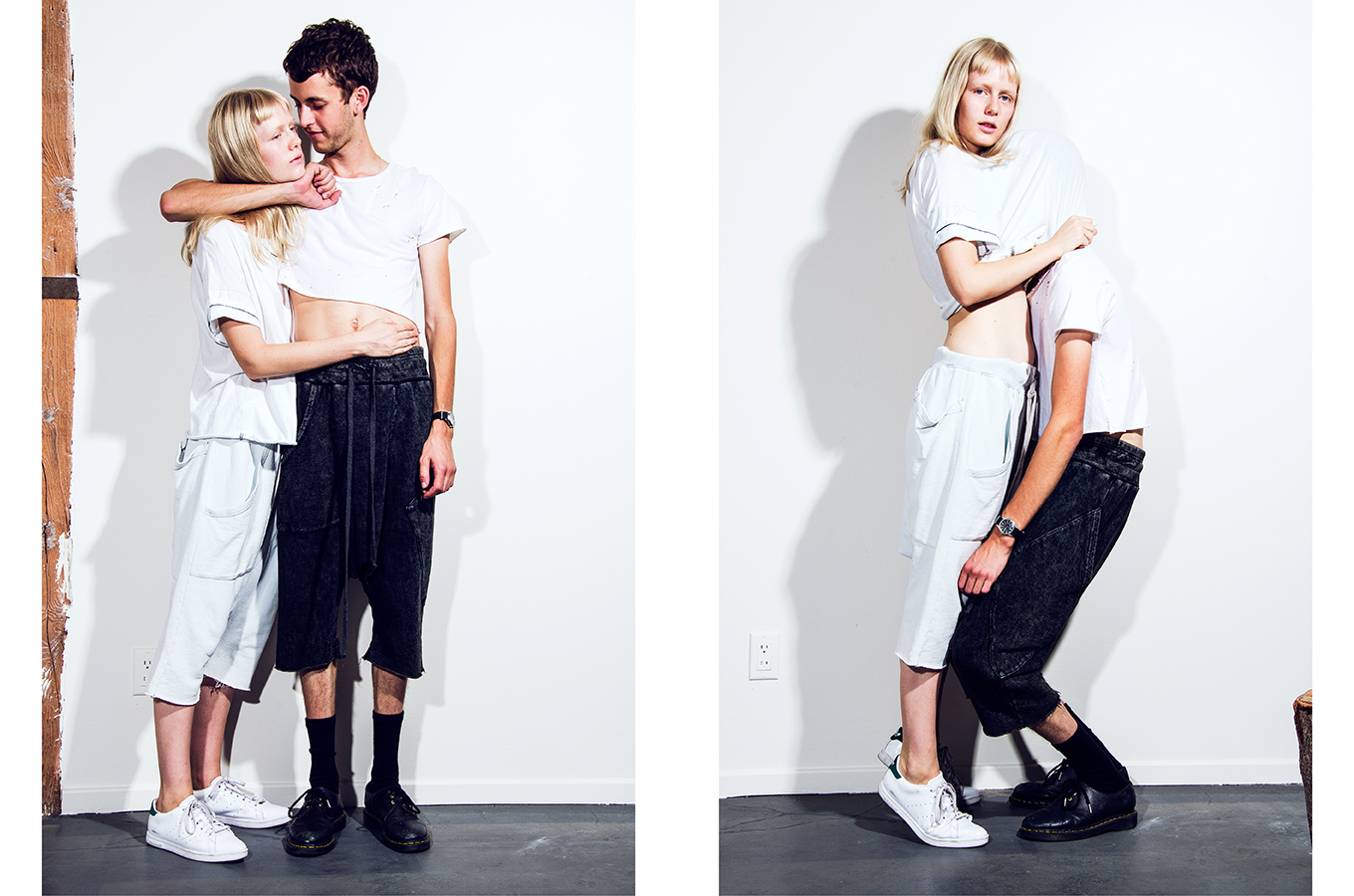 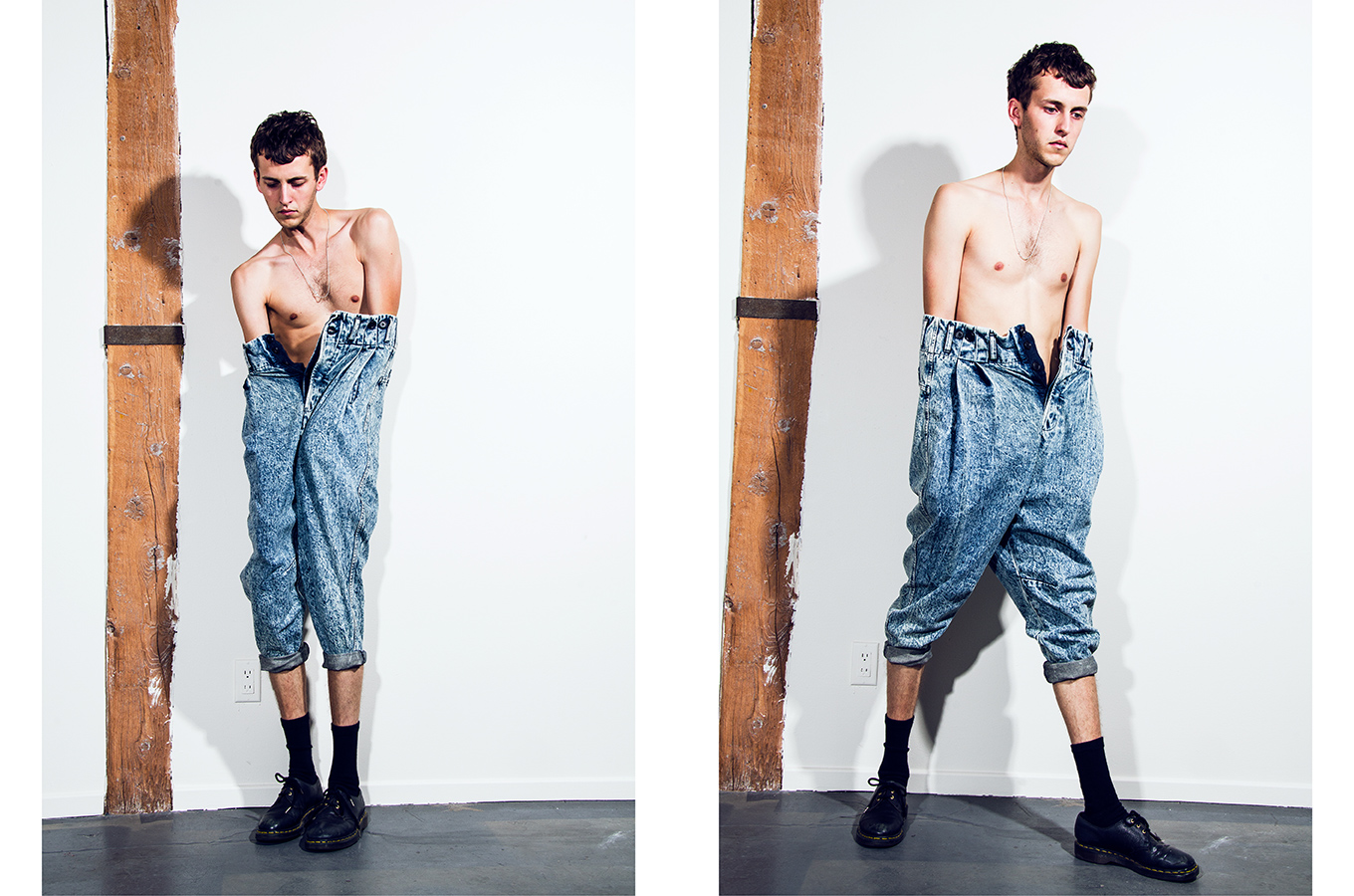