“My father’s name definitely got my foot in more doors
easier than most are able to get into,
but once my name got me in I had to do the work.”

Happy Death Day
Described by critics as “Groundhog Day meets Scream,” Happy Death Day (2017) is an American slasher film directed by Christopher B. Landon and starring Jessica Rothe, Israel Broussard and Ruby Modine. Happy Death Day portrays a college student murdered on her birthday who begins reliving her day over and over while she picks up clues about her killer in an effort to prevent her own death.

Actor Ruby Modine came to wider attention with her role in Showtime’s hit series Shameless as Sierra, a waitress, single mother and most recent love interest of Lip Gallagher (Jeremy Allen White). Her breakout film role in this season’s comedy horror flick, Happy Death Day, has further secured Modine’s versatile presence in cinema. She discusses what it was like making a name for herself with a famous father and society’s increasing self-consciousness. 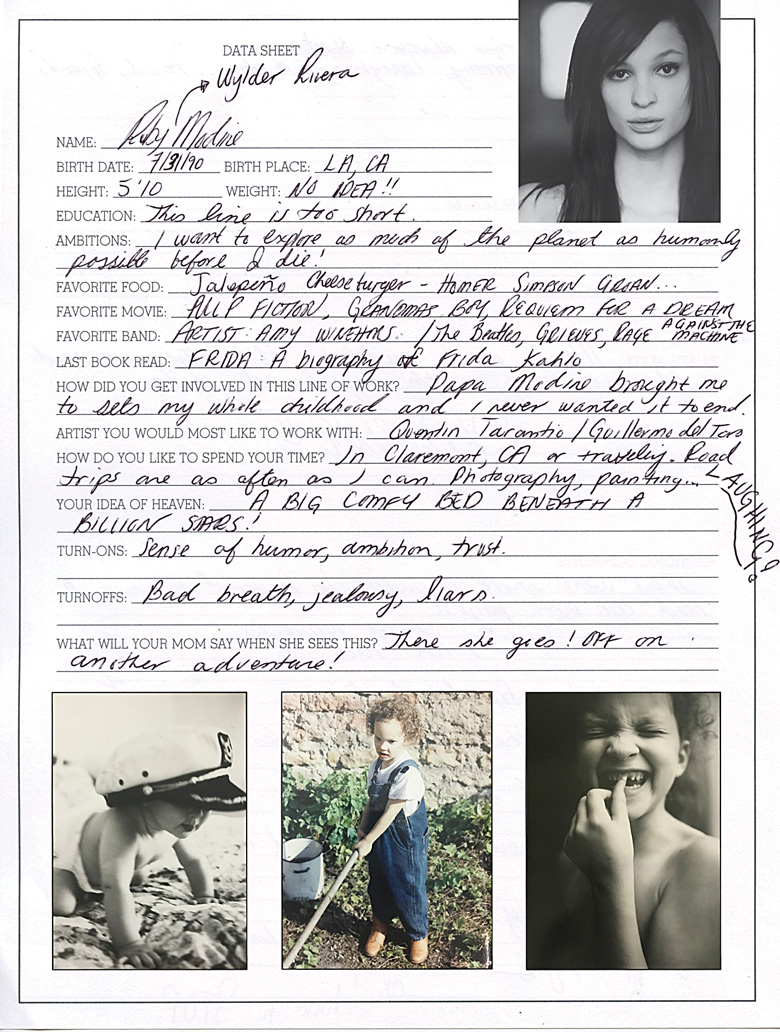 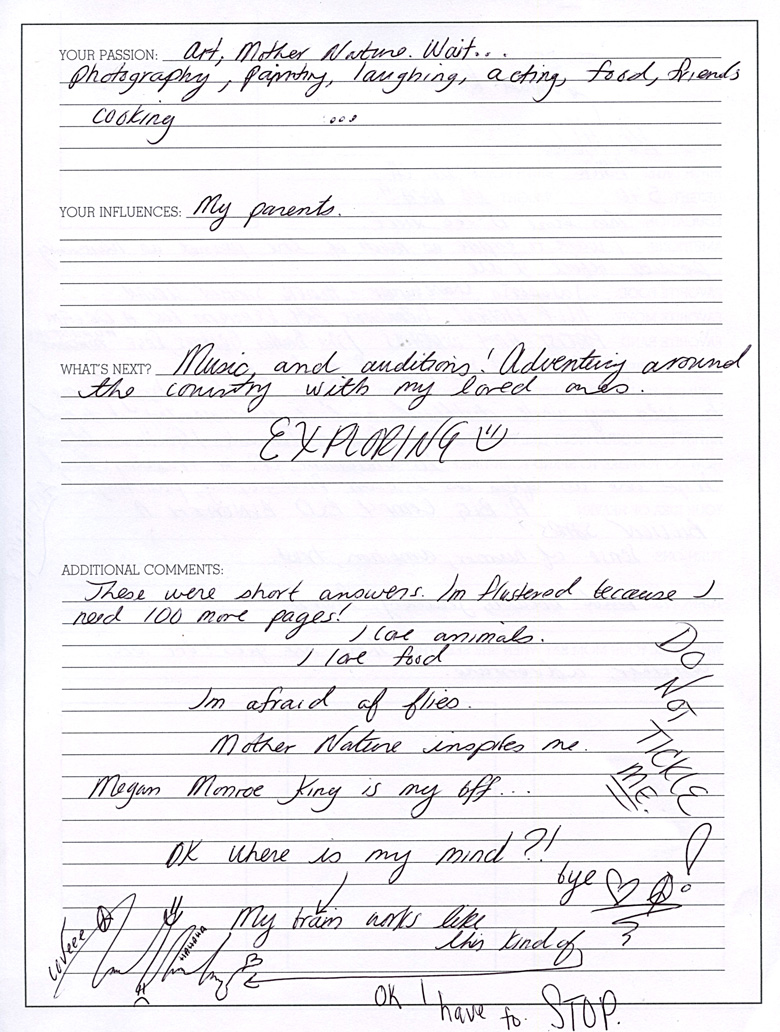 Where are you from?
I was born in Los Angeles but raised in New York City.

Ambitions:
I want to explore as much of the planet as is humanly possible before I die.

Artist you would most like to work with:
Quentin Tarantino, Guillermo del Toro.

A Visit From The Goon Squad
A Visit from the Goon Squad is a 2011 Pulitzer Prize winning book by author Jennifer Egan. The story centers on 13 interrelated stories with a large cast of characters, each in connection with a record company executive and his assistant. HBO originally announced plans to develop a show based on the book and directed by James Franco, but the series was never fully developed.

What was your first break?
A Visit from the Goon Squad, which was an HBO pilot produced by James Franco.

Memoria
Memoria (2015) is an American film written and directed by Vladimir de Fontenay and Nina Ljeti and based on a short story by its star, actor and director James Franco. The story follows a young boy in Palo Alto, California who struggles with dissatisfaction from his family life, his group of slacker friends and unrequited love.

What have you been in?
A Visit from the Goon Squad, Memoria (2015). I did some 48 hour film projects which were very hectic and crazy. And Shameless and Happy Death Day, which comes out today.

How do you feel about this career?
I was originally really nervous and insecure, but now I’m really confident and really excited to see where it’s going to take me.

“A lot of selfies are being taken. A lot of people are more self-conscious about what they look like, and that’s not what it should be about.”
— Ruby Modine

How did you decide to become an actor?
I grew up with my dad, who is also an actor, and from being on set I always knew that’s where I wanted to be. Whenever I wasn’t on the set I was daydreaming about being on set.

How would you describe your specialty or type?
Awkward, silly and wild, but disciplined and strong.

Who’s your favorite actor you look up to?
I love Meryl Streep, obviously. Emma Stone is amazing! And I look up to all the actors on Shameless who I’m blessed enough to be able to work aside. Obviously, my father’s a huge favorite of mine too.

What would your ideal job be?
I would love to play a vampire.

Do you consider yourself to be lucky?
Very lucky. But luck is one thing, and hard work is another, so I’m lucky that my hard work has gotten me to where I am now.

What advantages do you have?
My father’s name definitely got my foot in more doors easier than most are able to get into, but once my name got me in I had to do the work. I had to pave my own path from there. So my name is probably my advantage.

“I was originally really nervous and insecure, but now I’m really confident and really excited to see where it’s going to take me.”
— Ruby Modine

Would you rather have a car or a diploma?
A diploma.

What do you think about the need for instant gratification?
Be humble.

How do you feel about how interconnected the world is becoming?
It’s brought people to be a bit more greedy. Like the previous question, self-gratification is on the rise. A lot of selfies are being taken. A lot of people are more self-conscious about what they look like, and that’s not what it should be about. Interconnectedness has its ups, but with the ups come downs.

What does the future look like to you?
Bright.

“I want to explore as much of the planet as is humanly possible before I die.”
— Ruby Modine

How do you feel about having children?
I’m so excited! I can’t do it now, obviously. But one day.

What challenges do you feel the world is facing today?
Trump and global warming.

What’s your favorite way to communicate?
Telephone speaking. If I’m not in person with somebody, of course. Texting is a no.

Grieves
Grieves is the stage name of musician Benjamin Laub, an American hip hop artist from Chicago, Illinois and based in Seattle, Washington. He has released a total of five studio albums, including 2014’s Winter & Wolves which peaked at 57 on the Billboard 200 charts and his latest album Running Wild (2017).

What’s your favorite book, film and music right now?
Favorite book right now is Frida: The Biography of Frida Kahlo. My current favorite film would be Happy Death Day. Music: Grieves—shout out to my friend Benjamin. Amy Winehouse is my all-time favorite artist forever. Rage Against the Machine, Etta James, the list goes on forever.