THE GIRL MOST LIKELY TO

All fashion by Calvin Klein

Letter to Calvin by Gil Blank

Richard Kern
came to New York in the late 1970s, lured by the charm of Manhattan women. He became a cult figurehead of the Cinema of Transgression film genre with his racy films, which can be found in a series titled The Hardcore Collection. Richard shot numerous music videos for artists including Sonic Youth and Marilyn Manson while publishing the photography books New York Girls, Model Release, XXGirls, and Kern Noir. He has had solo exhibitions at numerous international venues, including Feature, Inc. in New York and at the ICA in London in 2002. Richard now shoots editorials for Index, i-D, purple, and Self Service magazines, among “others,” while continuing his own photographic projects.

Gil Blank
is a photographer who lives and works in New York and the American West. His work has appeared in Vogue, Esquire, GQ, Details, Jane, D: La Reppublica, and Suddeutsche Zeitung. In addition to being a contributing editor for Issue, he also serves as director of photography for Influence magazine and writes essays on photography for C: International Contemporary Arts. He is currently working on a book of images on The Nymphenburg Porcelains. He is represented by Galerie Oliver Schweden in Munich.

LETTER TO CALVIN
Everyone’s got one of those watershed national events in their lives that triggers an instant recollection of the exact time, place, and circumstances at the minute they heard the news and saw the famous pictures. The Kennedy assassination used to be a big one, and the Challenger explosion; maybe you can remember what you were doing when you first heard “Smells Like Teen Spirit.” For me it came a little early, at nine years old actually, in the library of the Borough Elementary School in so very fabulous Morris Plains, New Jersey. I never bothered with actual books; the magazine section just seemed a lot more new and exciting. I mean, who the hell cared about The Lion, The Witch, and the Wardrobe when there were all those strangely compelling leotarded bodies in each month’s new issue of International Gymnast? I didn’t quite understand it yet, but I knew the girls were about my age, they were capable of some fairly amazing things with their bodies, and they were wearing much less than Patty O’Brien (real name) was in homeroom.

Then one day it just happened. In the stacks over in the far corner. I don’t remember the exact magazine I was looking at, but I do remember the heinous carpeting (yellow, orange, and brown, sort of like eternal Halloween) and the mumsy librarians keeping far too close a watch over the just-beginning-to-become-horny preteens. The girl in the picture couldn’t be that much older than I was, but she was plainly a world away from my own reality, and she didn’t have any illusions about what separated her from the sweet little things in International Gymnast. She just barely held her rust-colored shirt on over her breasts, her rear end was poking out in this bizarre pose that had nothing to do with the balance beam, and she had these tight, dark jeans on that instantly said CITY in a way that the plain-Jane suburban girls I saw every day never quite managed. It was Brooke Shields, I later found out, but all I had to go on at that fevered minute was the name printed in spare type at the bottom of the page, the name that was now seared into my brain as a synonym for that newly dawning thrill: Calvin Klein.

I knew I hadn’t actually done anything wrong, but still felt I had something to hide from the librarians, and wow, was I excited about it. I called Jamie Ross over to show him the goods, but for some reason I can’t figure out even to this day, he just didn’t get it. Kind of shrugged his shoulders and went back to I Am the Cheese. (He would marry young, divorce soon after, and the last I heard, end up working in the insurance business somewhere in Pennsylvania. Who can know the things that make us what we are?) Hey, fine, so it was gonna be just me and the girl from the big city. It got even better when I realized she was all mine, something only I could appreciate and have access to. Now I knew I really was doing something the librarians wouldn’t approve of, because I sure wasn’t going to share her with the rest of the class. Naturally the page didn’t last very long at the library; a big, careful tear mark inside the magazine’s gutter indicated where the ad had been liberated so it could take up a far more exclusive position, taped to the inside cover of my Trapper Keeper notebook. Other guys had ridiculous pictures of ugly Larry Bird or Van Halen or whatever in their notebooks. Jackasses.

My coveting began to creep to the point where I was sneaking into my older sister’s room to devour her fashion mags, not because I had any particular interest in clothes, but because the pictures, those slippery pictures, kept promising me that quantity of desire that I so badly wanted to feel again. If you understand this one perverse turn of the screw, the actual desiring of desire, then you understand the whole point of fashion photography. Calvin’s become as famous for the protests his ads inevitably spark as he is for the pictures themselves, but I’ve always felt that the people out to quash his imagery don’t get it any more than Jamie did. Yes, I know, some people will insist that they don’t want to get the point of a picture that shows a teenager lying down amid the purple carpet and fake wood paneling of what appears to be an anonymous voyeur’s rec room or basement (remember where you were when you first saw that one?), but that, I’d say, points out the life-denying slant of their position all the more. Because the truth of the matter is that it’s not the kid in the underpants we’re talking about here, it’s the ability to let yourself feel excitement, unspoken attraction, the simple and all-too-difficult admission that you’re not always in control of your own feelings. That’s Calvin’s radicality, that’s why the dead ones won’t allow him, and that’s why the rest of us can’t resist him. My take is that as long as you’ve got a beating heart, why would you want to? I was too young to explain the rush when I first felt it at the library, and frankly I’ll be glad if I never manage to figure it out completely.

Yes, it was fashion with a capital F, and yes, the photos were hot, but there’s always that something else in a Calvin Klein image that’s unique in photography, that visceral hit that’s like mainlining the exact thing (sex or beauty or youth or whatever it may be) that you yourself want deep down but aren’t inclined to talk about out loud. It’s a hardwired thing when you first sense that feeling, all instinct, the kind of thing that just happens to you and you never quite get over it once it has. I personally can’t ever look at the Avant Garde typeface without thinking about his logo. They really should rename it Calvin. And it would always be written that way, in the actual typeface:

Don’t bother thinking what you might be about where my relationship with Brooke went from there. I mean, I was only nine, for God’s sake. There’s no question that she and Calvin played a big part in the shaping of a Jersey boy’s sexuality, but the mechanical details would come later. At that moment, it was a lot more vague, and a lot more powerful. Just a molten, unrecognizable kind of stirring that made me know I’d found something sheer and secret and far more sophisticated than anything else in Morris Plains. For that matter, it was wider than just sex: that was the beginning for me of an understanding of wanting, and all that comes from that, like self-image, the subtleties of communication, the misleading nature of happiness, and the occasional advantages of frustration. It was the beginning of a regularly infuriating attraction to style, which in itself is the perfect incarnation of elemental human longing. When an uninitiated kid stared at Calvin’s vision of Brooke and felt his stomach constrict and his eyebrows pinch, he instantly became aware of that sense of yearning that the rest of adult life comes to revolve around. I learned more in the library that day than in all the classes I slogged through for the rest of those quiet years. 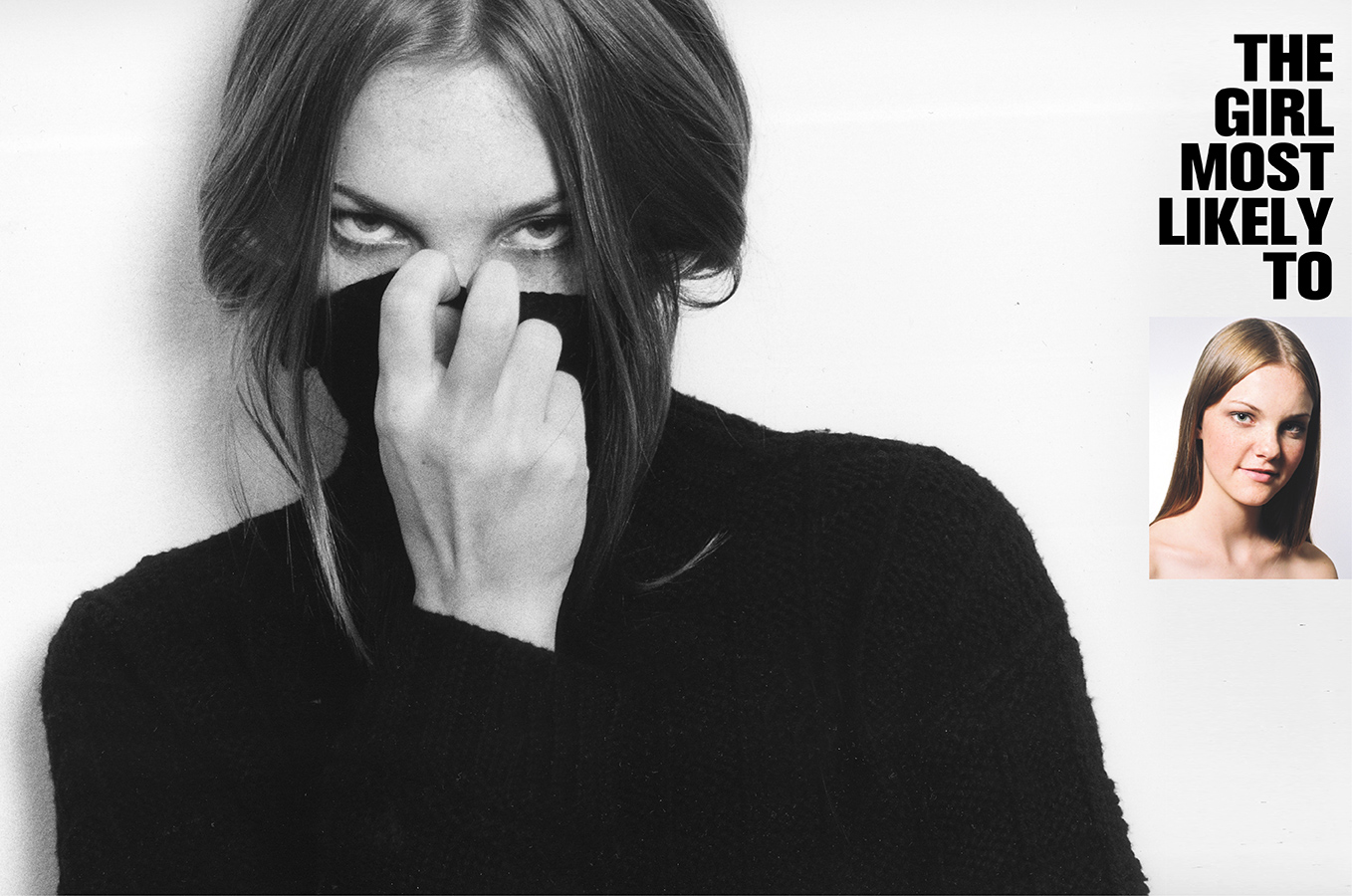 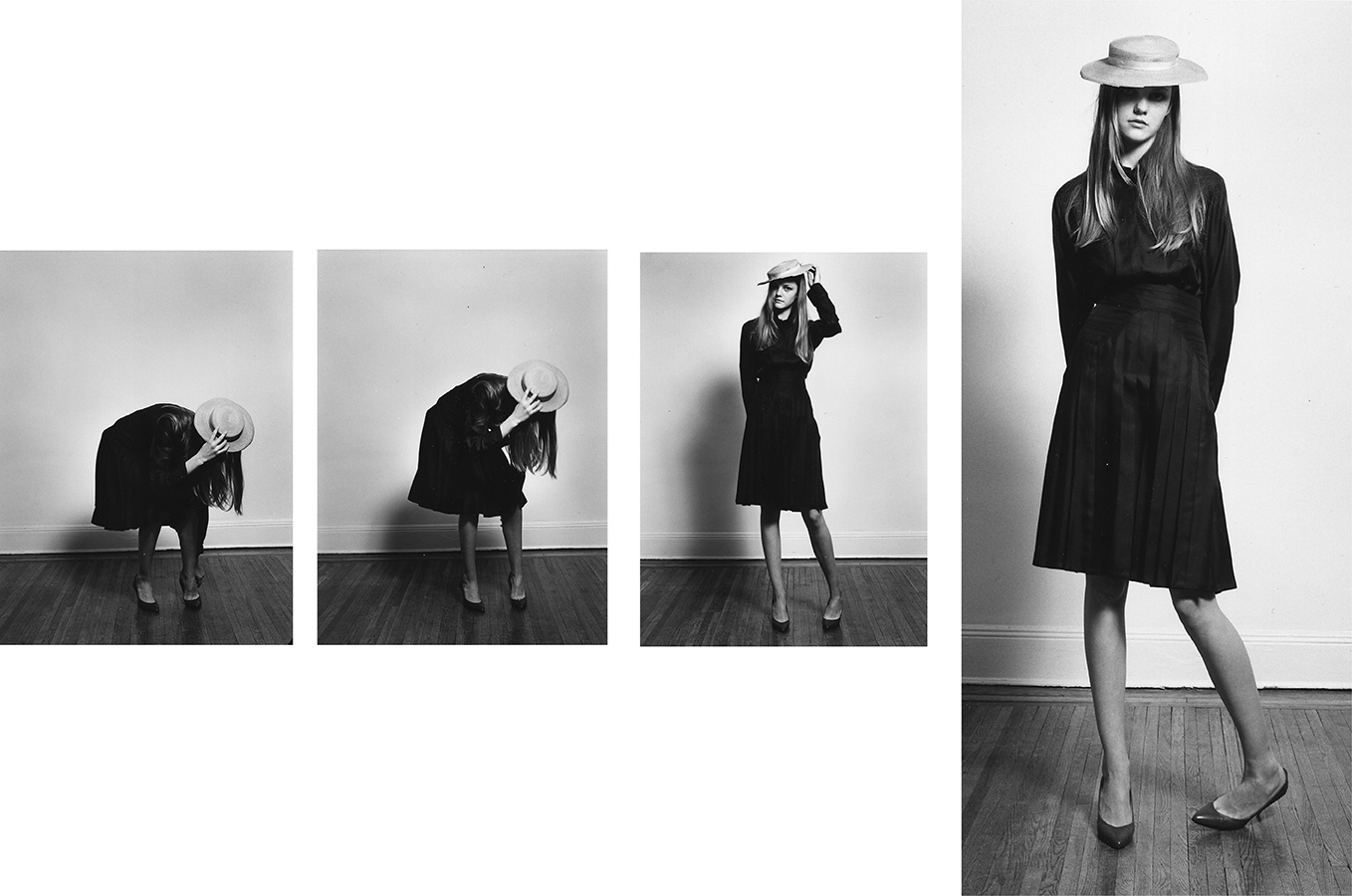 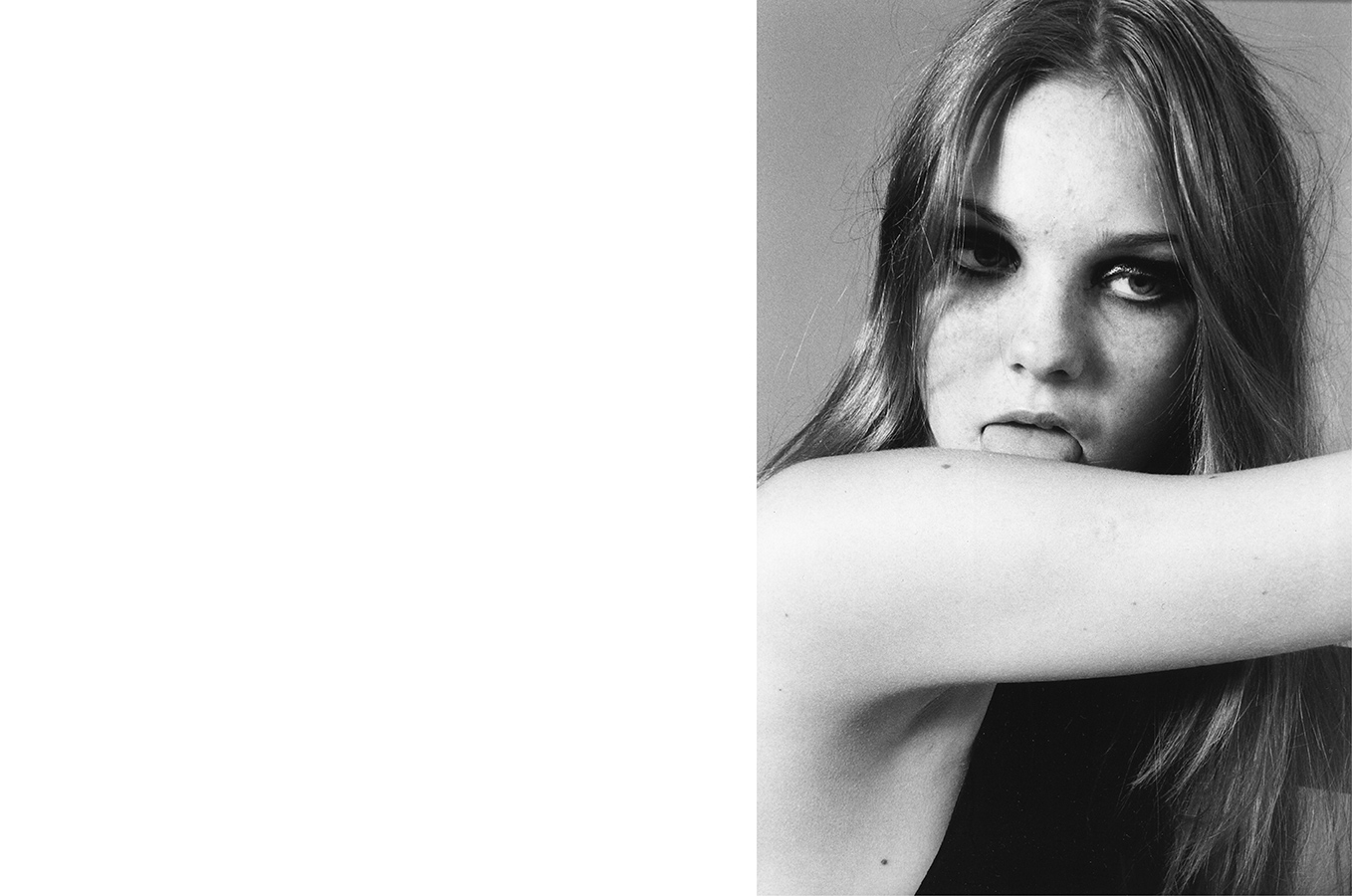 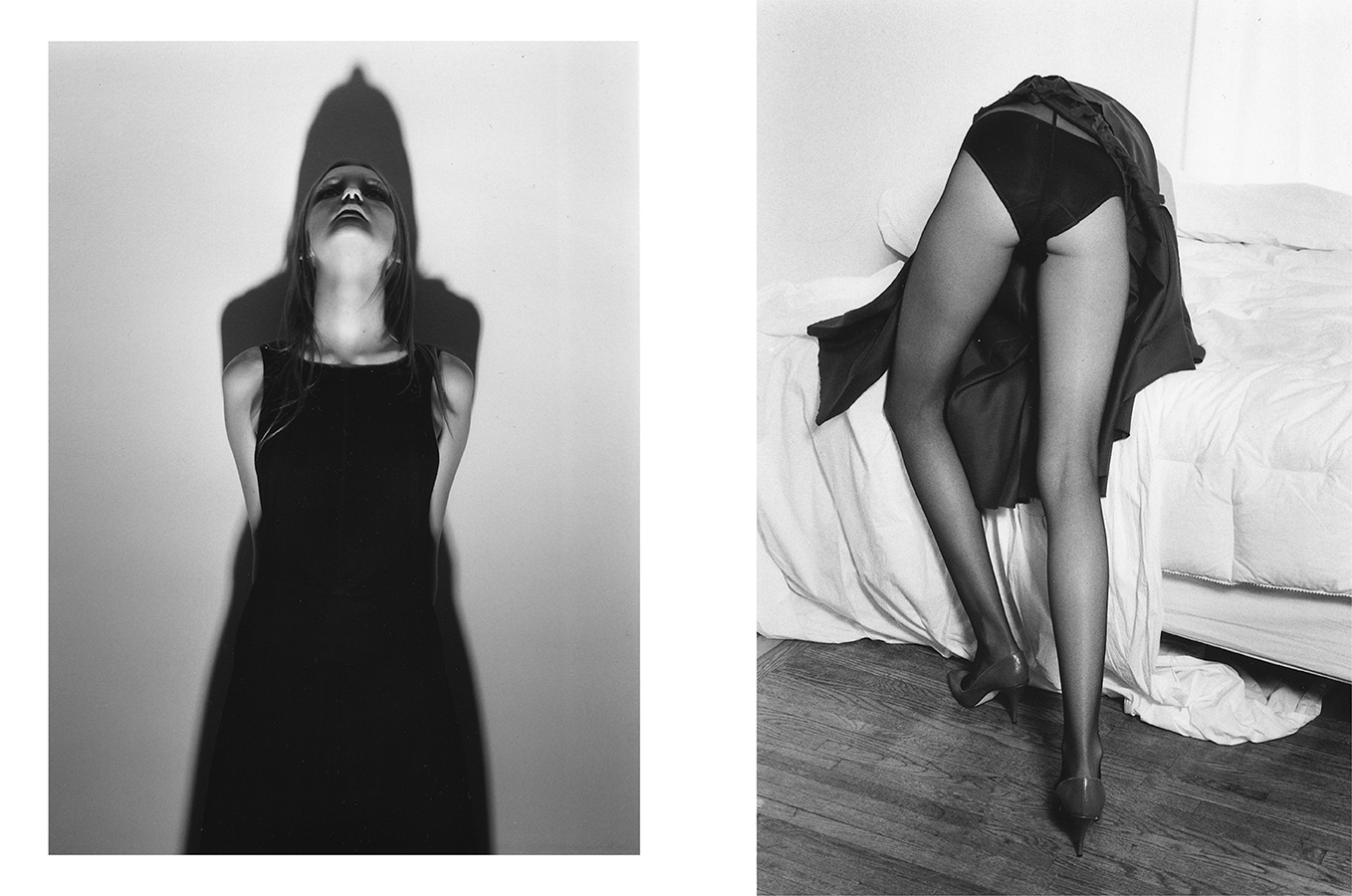 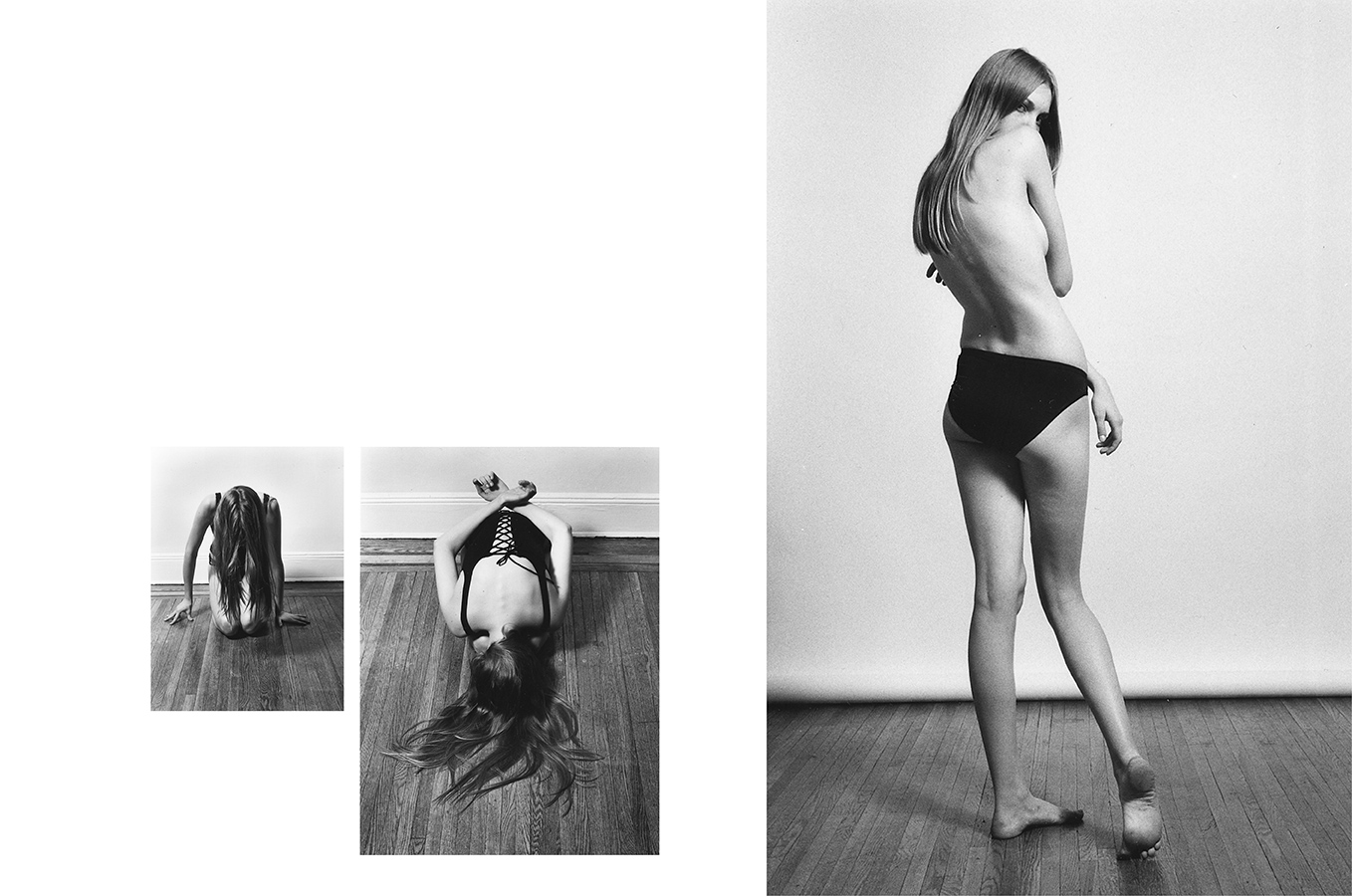 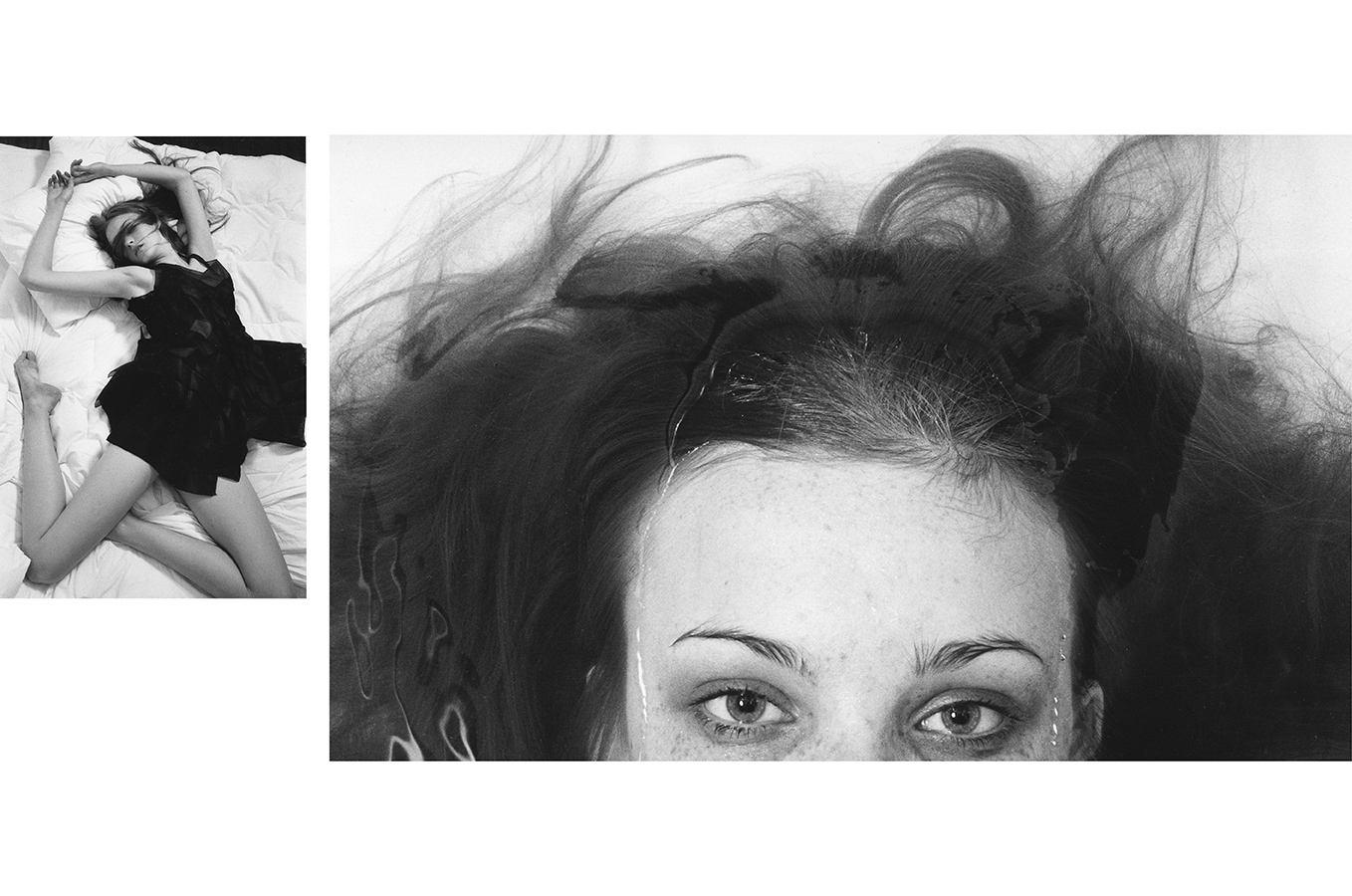