Asia Kate Dillon
Born in Ithaca, NY, Asia Kate Dillon is known for their roles on Billions (2016–) and Orange is the New Black (2013–). Dillon became the first non-binary gender identifying actor to be cast on a major television series for Billions and is forwarding the conversation on what it means to be gender-nonconforming.

Actor Asia Kate Dillon currently stars on Showtime’s Billions in a groundbreaking role as Taylor Mason, a brilliant, gender non-binary finance intern. Dillon likewise identifies as non-binary and was recently nominated for an Emmy for Best Actor (a category Dillon chose for its gender neutrality) for their portrayal on Billions. Dillon first gained attention last year for their role on Netflix’ hit series Orange Is The New Black. 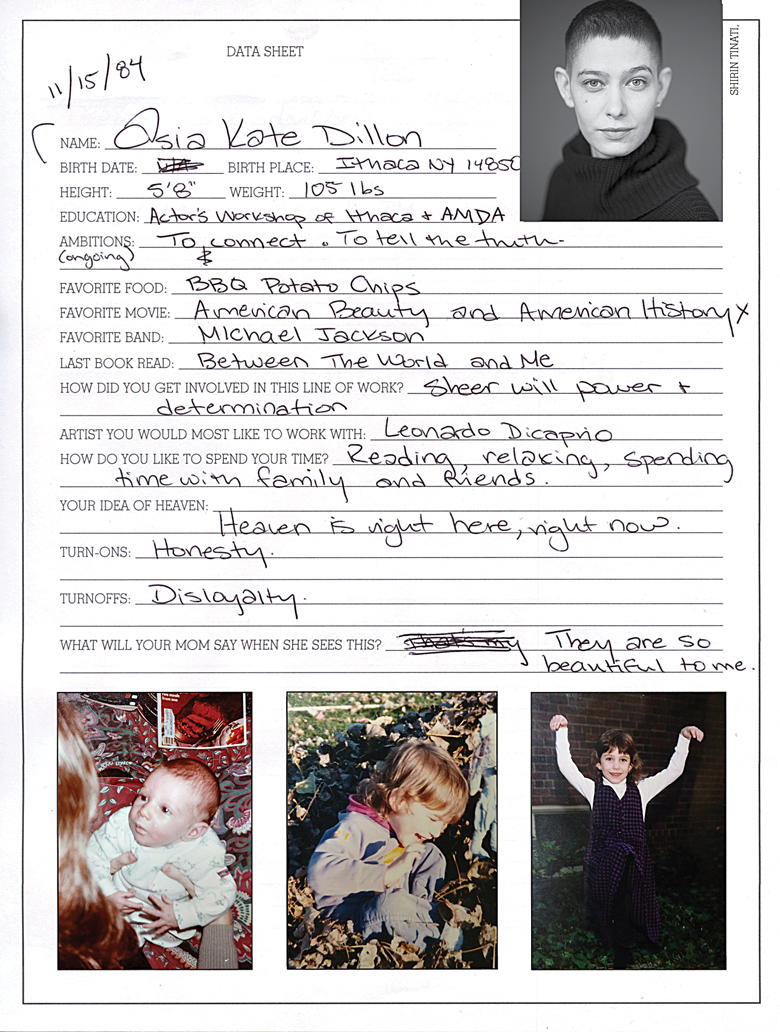 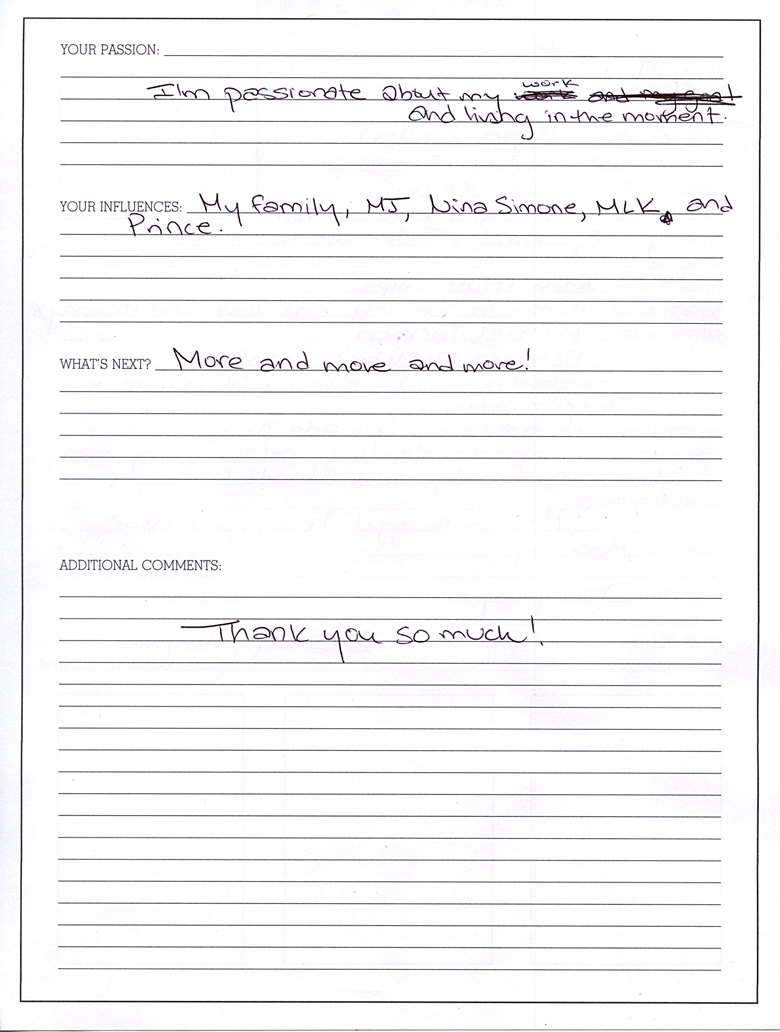 Ambitions:
To connect. To tell the truth. (Ongoing.)

Last Book Read:
Between the World and Me

What was your first break?
Billions would be considered my first break, but when I moved back to the city to audition for The Fleet Theater Company and booked a role in a show there, that felt to me like the beginning of my big break.

Can you tell us what else you’ve been in?
Before Billions I was working on Orange Is The New Black. I did a couple of one-liners on Younger and Master of None sprinkled here and there, with some theater as well. I have an extensive theater background prior to that.

“The world is up against a lot.
But at the same time,
because of technology,
because of the wider reach
of education these days, humanity as a whole
is really primed to actually tackle these
problems in a real way for the first time.”
— Asia Kate Dillon

How would you describe your specialty or your type?
Generally, when I walk into a room, I’m the first person that looks like me and has my vibe. That can be really exciting for me and for other people as well.

Would you rather have a car or a diploma?
I don’t have a diploma, and I am still standing here today, and I am hoping to get some kind of car very soon.

What do you think your ideal job would be, if you’re not already in it?
I’m in my ideal job. I will say that I always want the work that I’m doing to be uplifting and supporting historically marginalized and historically disenfranchised people. So long as I’m staying true to that I feel good.

What advantages do you have?
As someone who is assigned female at birth, I think I have advantages because of that because I can pass as a woman—whatever that means, right? And also I’m light skinned, or as we say “white,” and so that has certainly given me advantages that I am conscious of, but also I’m sure advantages that I’m not aware of.

“It’s really important for those of us
in positions of power—
whatever that position may be—
to stand up for and speak out
for the communities that are
most affected by sort of the terrible things
that are happening right now.”
— Asia Kate Dillon

What does the future look like to you?
The future to me looks exciting. It looks more inclusive. I feel there’s a lot of love and a lot of understanding. The people who have historically faced disenfranchisement and violence are going to continue to do so, and so it’s really important for those of us in positions of power—whatever that position may be—to stand up for and speak out for the communities that are the most affected by sort of the terrible things that are happening right now.

What challenges do you feel the world is facing today?
There are a lot of things coming to the surface, what I like to call “the great uncovering of things,” like systemic racism and how that relates to the prison industrial complex and things like poverty and global warming. The world is up against a lot. But at the same time, because of technology, because of the wider reach of education these days, humanity as a whole is really primed to actually tackle these problems in a real way for the first time.